← more from
Trouble In Mind Records
Get fresh music recommendations delivered to your inbox every Friday.
We've updated our Terms of Use. You can review the changes here.

It Calls On Me 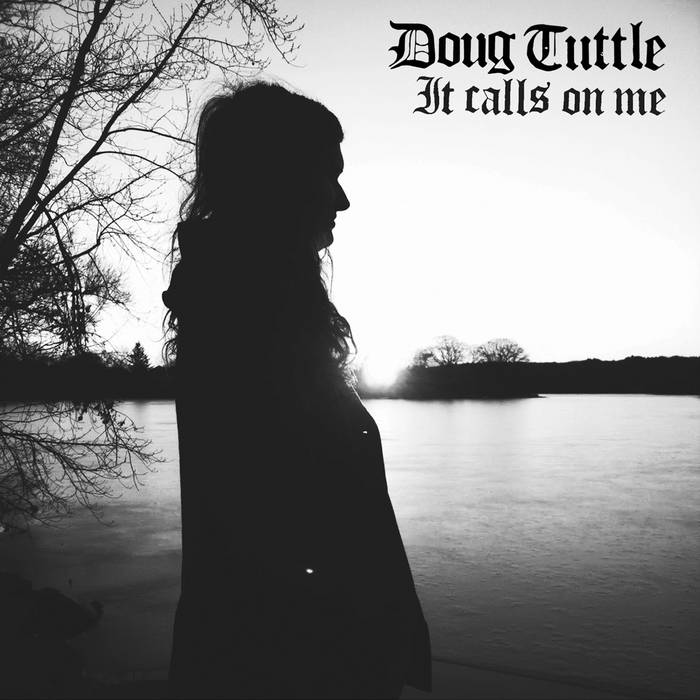 New Hampshire-native Doug Tuttle (ex-MMOSS) presents the follow-up to his acclaimed 2013 solo debut self-titled album with “It Calls On Me.”

Eschewing the jittery, love-lorn anxiety of his first solo outing, “It Calls On Me” presents a decidedly more dreamy journey through softer, sun-burnt landscapes, while still showcasing Tuttle’s trademark masterful guitar-work and his very own brand of impeccably-crafted, fractured psychedelic pop.

Written in 2014-2015 in Somerville, MA, ”It Calls On Me” hints at the skewed, wide-eyed ‘60s folk-pop of Lazy Smoke or Ithaca’s, mysterious, fulgent Brit-folk rock, and the zoned ‘70s soft-rock of 10cc and Bread, neatly winding in and out through Tuttle’s panoply of hallucinatory effects, buzzes, and unshakeably haunting harmonics to create a richly-textured album of sonic jewels. Opener “A Place for You” is a rumpled, upbeat, almost solely acoustic jam, featuring Tuttle’s winding, sinewy guitar rambles and vocals like well-worn corduroy. Title-track “It Calls On Me” is a tightly-wound propulsive rocker, recalling his debut’s slightly unhinged urgency with a pliant, rubbery, Richard Thompson-esque guitar solo that branches out like plant-growth. “Make Good Time” is a gorgeous, intimately-crafted gem that gently shimmers with Byrdsian 12-string against pastoral vocal harmonies and hazy, mellotron strings and flute.Other key tracks include “Painted Eye,” an epic, disorienting stunner that recalls the blurry stupor of ‘70s West Coast soft rock with a guitar solo needling amidst queasy, bent strings, and “Falling to Believe,” a catchy ear-worm that pairs Tuttle’s soft, hushed vocals with some seriously heat-blistered guitar-work. Most reminiscent of his most trance-inducing work with MMOSS, “On Your Way” is an eerie, stately, almost trad-folk dirge that carries all the pageantry of Fairport Convention, backed by brittle, Fables of the Reconstruction-era R.E.M. guitar jangle amongst a tightly-woven tapestry of voices.

“It Calls On Me” shows Tuttle relaxing into his role as a memorable, compelling songwriter, eager to showcase his storehouse of harmonies and dissonances, and delighting in the more fragile and intimate aspects of frayed-at-the-edges song- creation. As a result, this record feels more like a blissful letting go rather than a giving in, allowing the flashing sunlight to create patterns across your closed eyelids as you drive a winding road through a forest of trees.

Bandcamp Daily  your guide to the world of Bandcamp